Please click on the links below to view the Memorial information for Ron Chavey this Saturday April 16 at 12 noon in Grand Blanc. 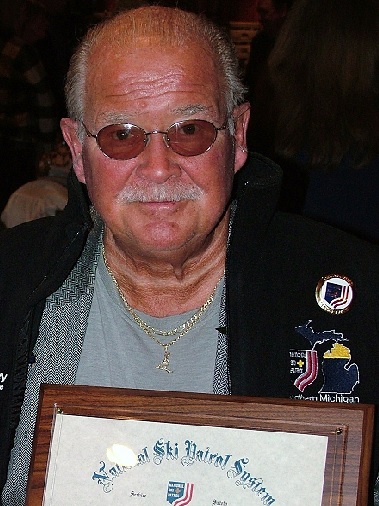 Ron was active at all levels of the National Ski Patrol Including Serving as Central Division First Aid Advisor and Chairman of the Nation Ski Patrol Red Cross Liaison Committee.

​Russell Chavey posting on behalf of my dad....
Ron Chavey has been dealing with a rapidly progressive dementia for the past three years. Initially he was at Aspen Ridge in Gaylord, then as he became more incapacitated the family moved him to a care center in Grand Blanc to be closer to us. Despite being unable to walk for about a year and then gradually losing the ability to communicate, he has remained quite happy and comfortable throughout this time. He was placed in hospice care several months ago. His 84th birthday was this past December 18 and was celebrated with several family members. That was the last day he was fully awake and able to interact with others. Ron passed away peacefully the evening of January 20th 2016.

There will be a memorial service later this year, after the ski season.